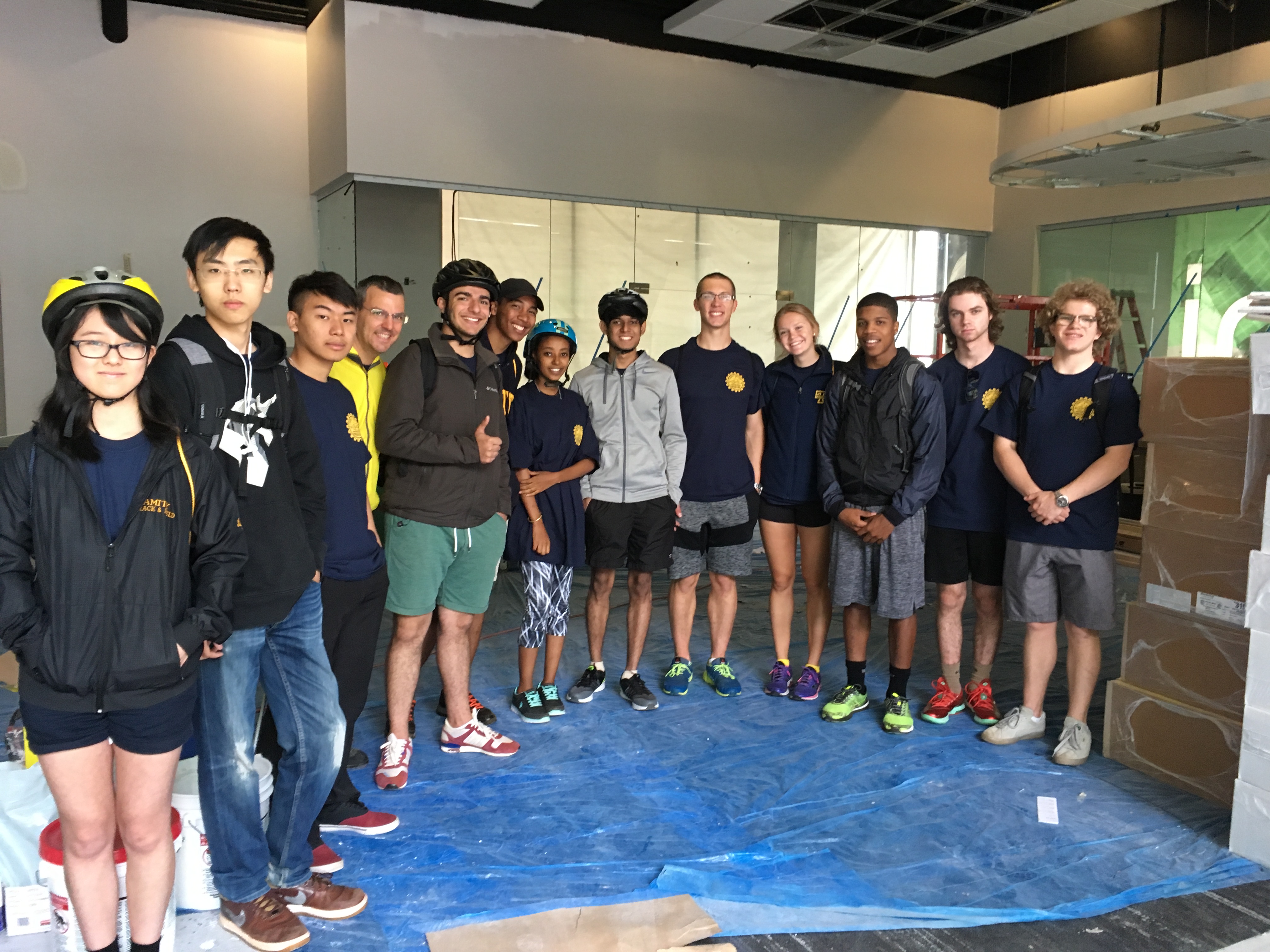 One of the best ways to really see Hartford is to cycle around the city. That’s exactly what Trinity College students on the pre-orientation “Hartford By Bike” tour did, led by long-time city resident, activist, and attorney Ken Krayeske. I met up with them at Trinity’s new downtown campus, 10 Constitution Plaza, and received permission from the construction crew to give a “sneak peak” of the Action Lab learning space. We talked about the Action Lab model of building student and faculty teams around real-world questions posed by Hartford community partners, and I hope to recruit students to apply in October, for our launch in January 2018.

Afterwards, I biked along with the group of a couple of stops, including Riverfront Park and Bushnell Park. Ken does a great job of connecting Hartford’s past and present with stops at public monuments along the way. (I never saw the connection between Horace Wells, the inventor of anesthesia, and self-experimentation in the story of Dr. Jekyll and Mr. Hyde, as well as the influence of this powerful drug during the Civil War in later years, until Ken pointed this out at his statue.) Thanks to Trinity’s Office of Community Service and Civic Engagement for sponsoring this unique tour of Hartford.